About Fish - Scaled Up 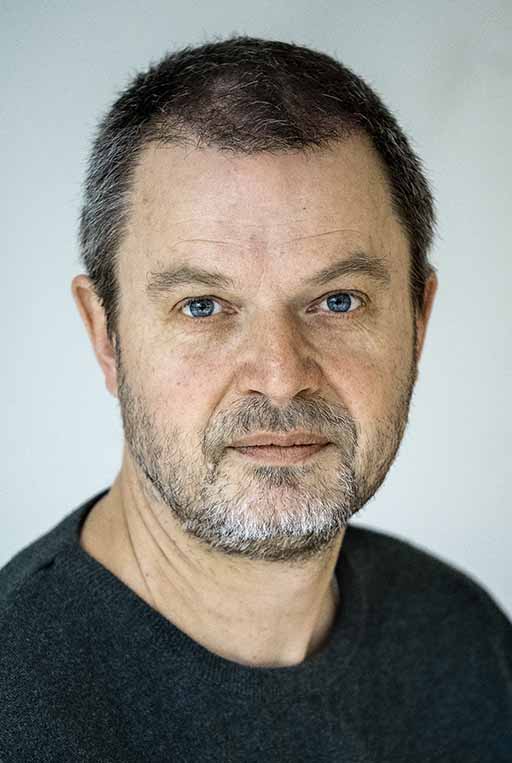 Two passions have followed Copenhagen born Søren Skarby since his early teens: photography and fishing. Trained as a press photographer, he has been through nearly every photographic genre in his 30 years as a freelancer. Many of his assignments have been about human interactions with the natural environment, doing stories about subjects like falconry and fly-fishing. The latter he kept separate from his professional life for quite some years, afraid of ruining his hobby.

Søren's passion for fish and fishing led him to wonder how he can explain to the world why fish are so fascinating. Fish - Scaled up is a show, don't tell project, enabling you to count the scales of a fish and see things that are normally hidden to the human eye.

Fish are fragile, and shooting pictures of them has a strict time limit since they turn dark and dull when in contact with the oxygen in the air. E.g., a cod will turn dark in less than 10 minutes. Together with taxidermist Morten Boesen, Søren has developed ways to widen this window of time, but every session with a fish is still a nerve wrecking process, with every species presenting a new challenge. The same can be said about getting the fish for the photo sessions, as the fish have to be as close as possible to mint condition and alive. Nets will damage the delicate fins, but to Søren's big delight the fish take least damage when they are caught with a hook. 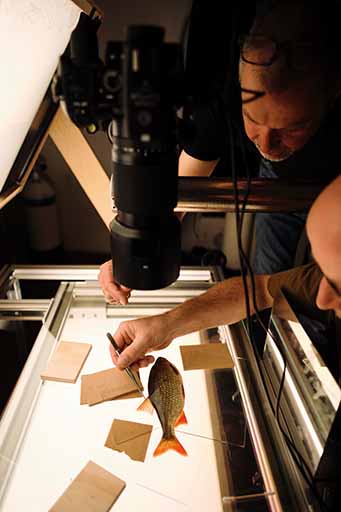 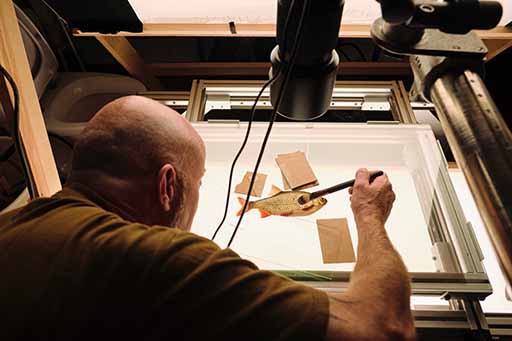 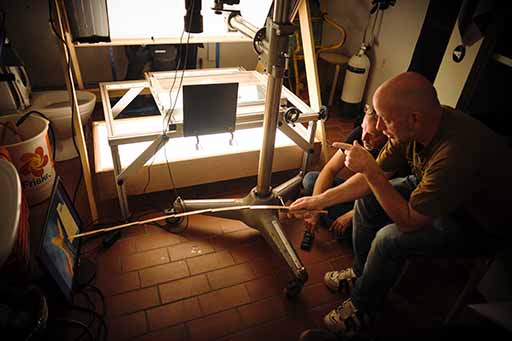 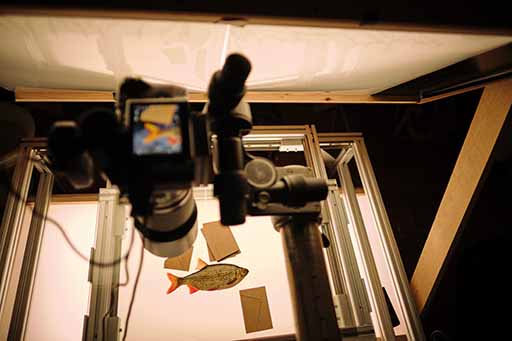 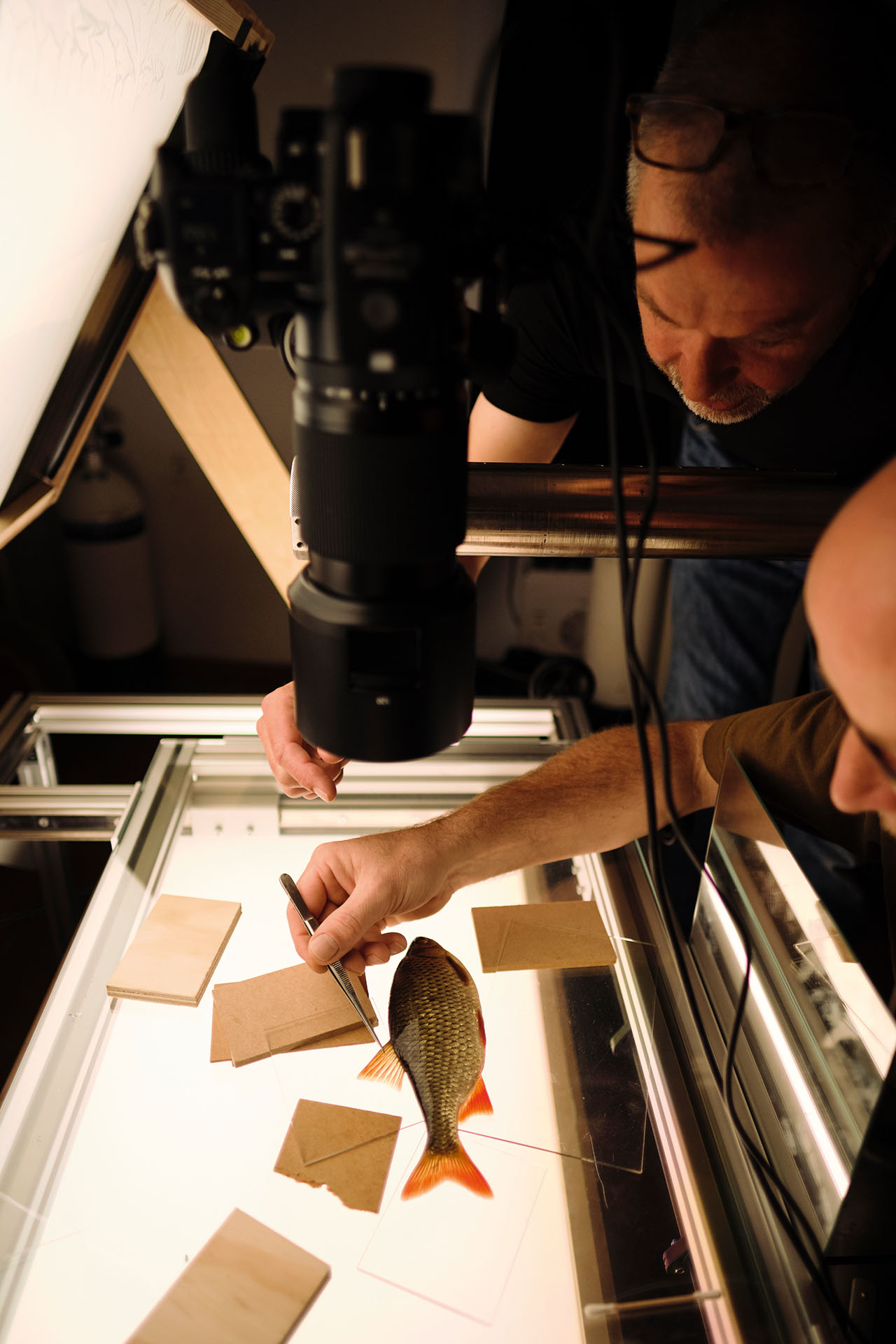 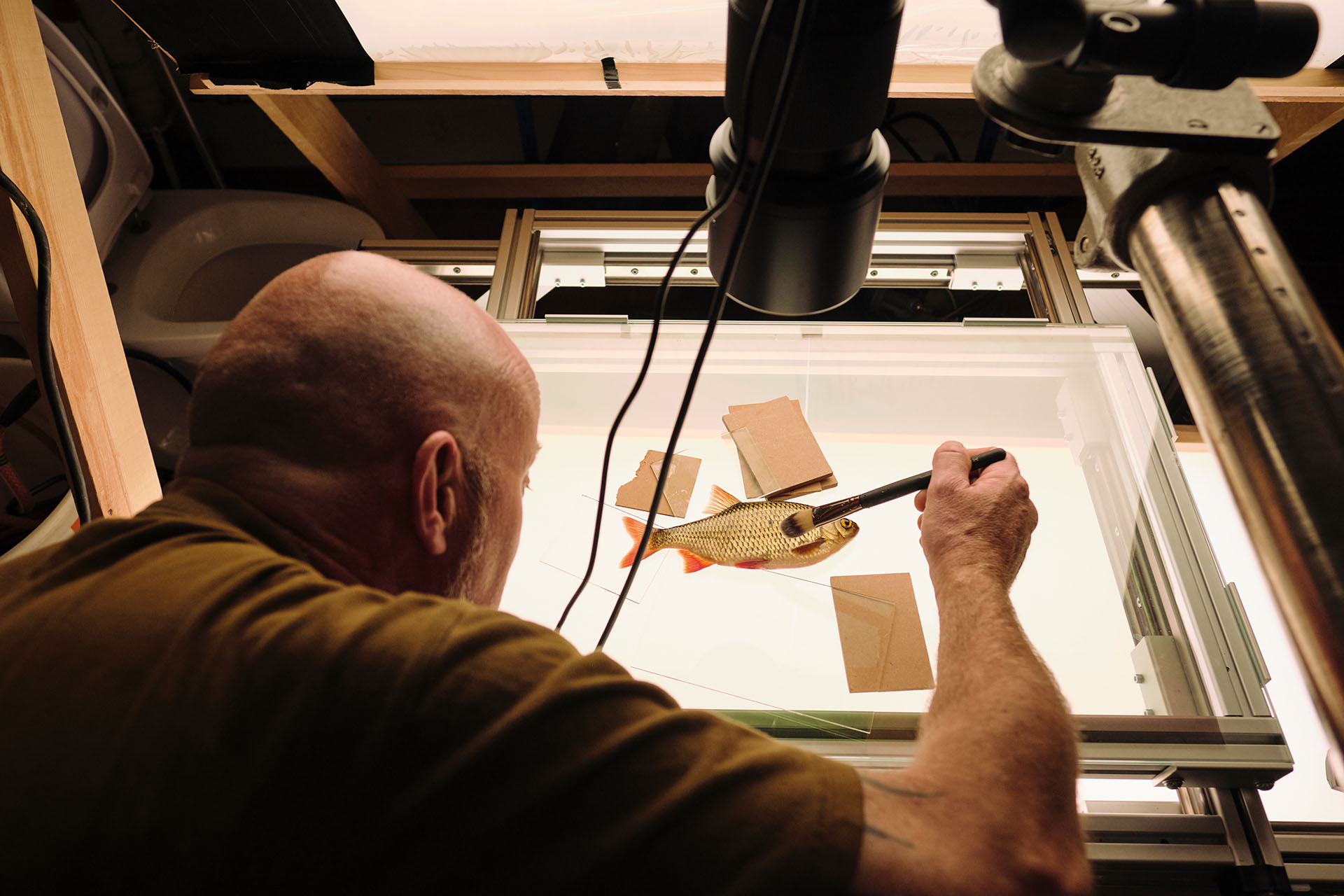 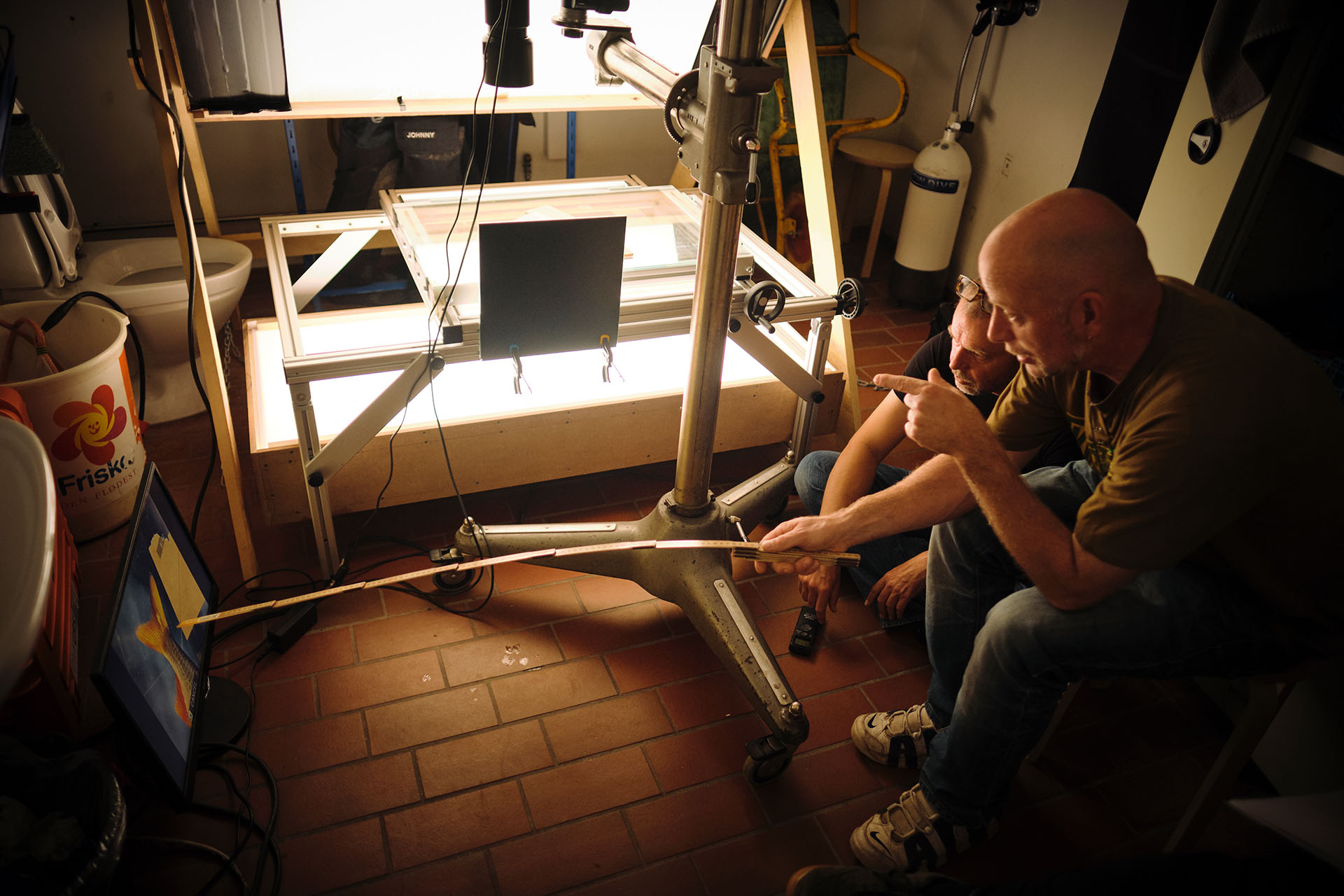 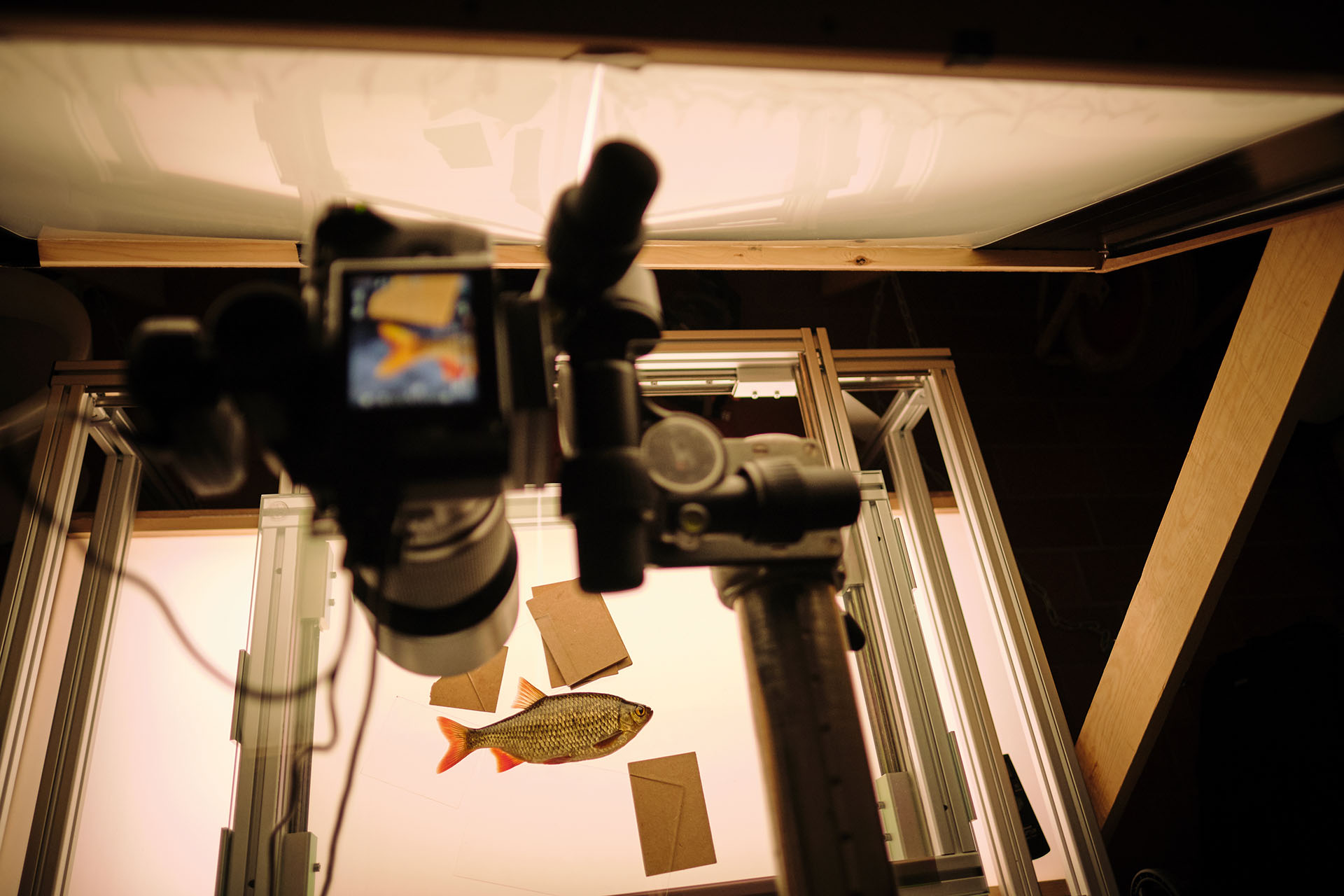 Some of the gear Søren uses for the pictures was developed together with a good friend, making him able to move the fish instead of the camera. Each final picture is a composite of between 120 and 440 frames, depending on the size and shape of the fish. It sometimes takes weeks to get the pictures through the editing process refining the final result. 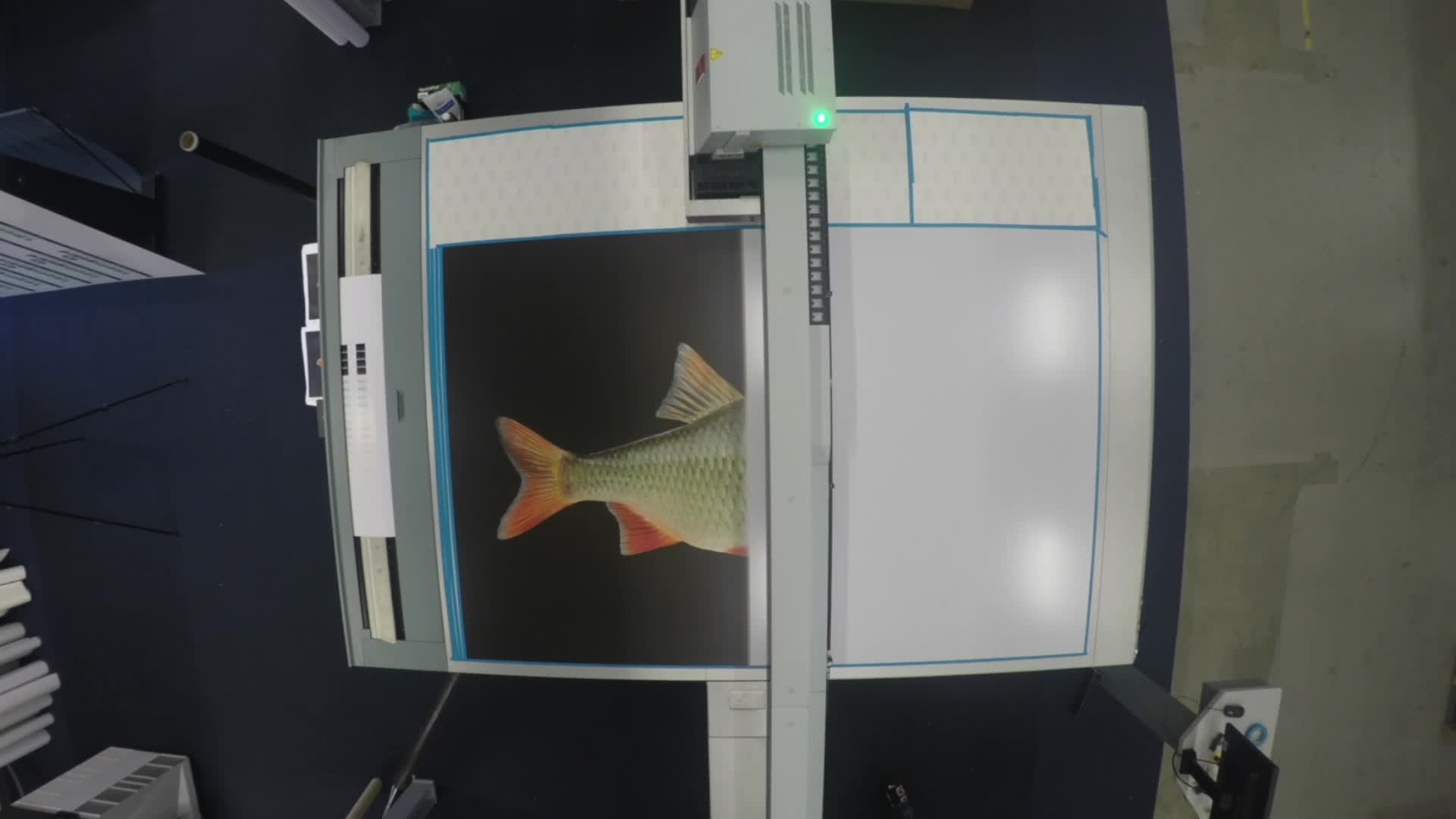 It is a breathtaking experience to look into the very blue eye of a male three-spined stickleback or being able to see the small backbend thorns on a small-spotted cat sharks skin. That experience reach an even higher level when standing in front of a 2 by 3 meter print. Søren's hope is that as many as possible will be able to get that experience and develop just a small potion of his own appreciation for fish.

Søren lives in southern Denmark, within short reach of some of the best coastal water you can find when you've got a passion for fly-fishing and sea trout. 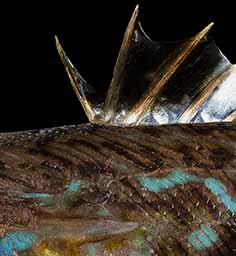 The great weever has a poisonous spike on the gill covers and the three fin beams in the dorsal fin are poisonous too. The poison is not deadly in any way, but can inflict quite some pain. Since it's a protein poison one can keep e.g. the hand that gets stung in at least 40 degrees Celsius hot water for about 30 minutes and the poison will dissolve. 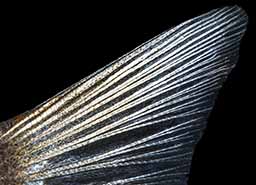 Fin beams are made of joints like on the tail fin of a mullet. 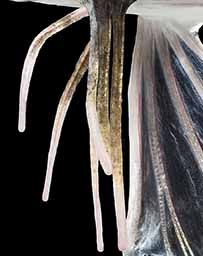 The three fin beams on the pectoral fin of a grey gurnard are developed into legs that it uses to walk on the sea floor. 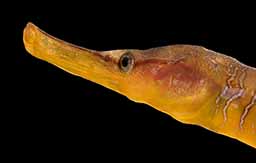 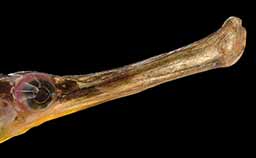 Snake pipefish and greater pipefish are closely related to sea horses. They are just much bigger and straightened out. The female places her eggs inside the male and he functions as an incubator. 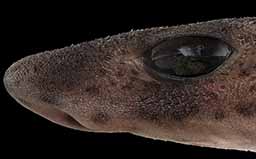 All sharks like the small-spotted cat shark got sharkskin that is filled with small backward pointed thorns. The skin gives the shark an aqua dynamic advantage. Sharkskin used to be used as sand paper. 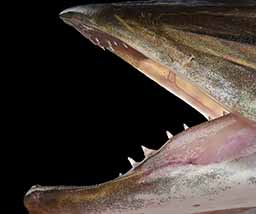 A northern pike has 700 teeth all the way down its throat, all pointing backwards. 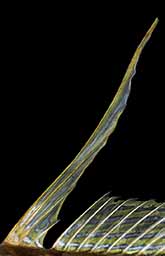 The male common dragonet uses his long front dorsal fin to wave with and charm the females.

It's difficult to move around a camera pointing straight down. That's why the fish is moved around instead on and with a table designed for it. A good friend came up with the idea while Søren helped him build his new kitchen. The original drawing of the table on the wall of said kitchen has long since been covered with paint.

The camera stand is more than 50 years old and bought from an 82-year-old photographer. It weighs 32 kilos.

The camera is a Fuji GFX 50S mounted with a Fujinon GF 120mm F/4.0 OIS WR Macro and sometimes, when shooting pictures of the small fish, an extension ring or even two.

Every final image is a composite of between 120 and 440 pictures. Small fish require more pictures because of the shallow depth of field at close range.

The longest shutter speed was 15 seconds while shooting pictures of the male three-spined stickleback. Multiply by 120 and the total exposure time of the image was 30 minutes.

Editing the picture of the garfish took close to 80 hours to complete.

You can't dust off a fish. That's one of the reasons why it takes such a long time to edit the final images. Small fish with see-through fins are especially demanding.